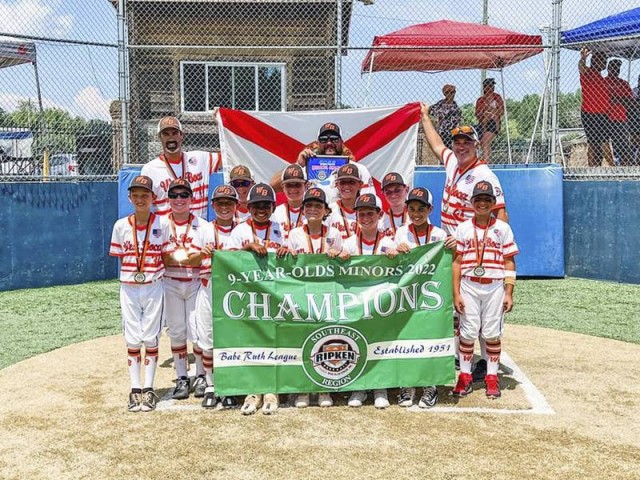 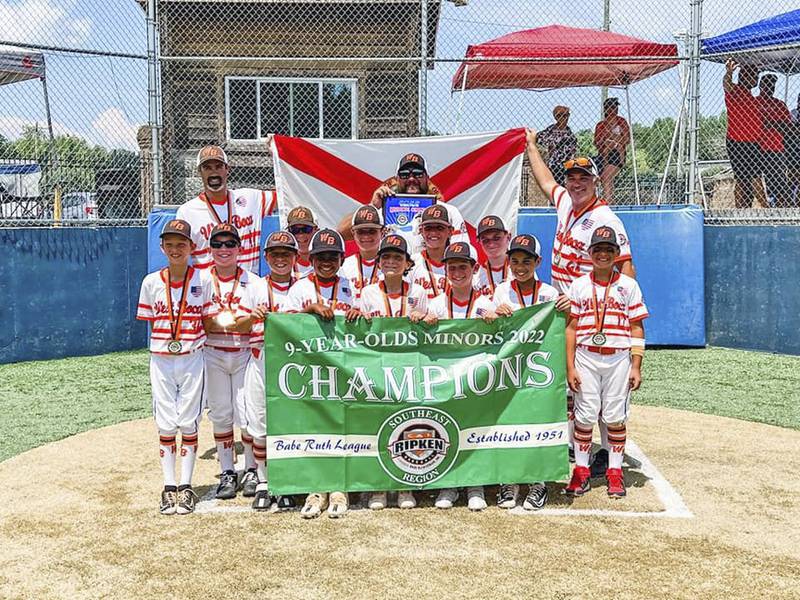 It didn’t stop there for West Boca Raton as the 8U Rookie and 9U teams both reached the Southern Regional play and the 9U team advanced to the upcoming World Series in Jensen Beach July 29 to Aug. 2.

The 9U team was runner-up in their division, losing 6-5 to Okeeheleee. It was the second loss for the locals in the district competition to Okeeheelee. Since the West Boca 9U was runner-up, it secured their bid due to Cal Ripken league rules that they to go to the state tournament where they defeated Altamonte Springs for the title in a close game.

That victory advanced them to the regional tournament in Clemmons, North Carolina and they picked up another championship and advanced to the World Series in Jensen Beach.

This is the farthest any team from the West Boca Youth Baseball League has gone. And not only has the 9U team had success this summer, the 8U Rookie team also performed well as they were finalists in the district and went on to win the win states, before they fell short in the Regional Tournament recently against Ponte Vedra, 6-4.

In the state tournament, West Boca trailed 9-1 in the final inning before Connor Broadley hit a bases-loaded walk off single for a 10-9 win.

“We went into the state tournament knowing that we never hung a banner at our park,” Maddaloni said. “Now we can hang the 8U and 9U state championship banners and the Southern Regional banner. Hopefully, we can add the World Series banner too. We are picking up steam and the way I look at it, we are playing with house money.”

The 9U team has had a lot of expenses over the last few weeks, with the most important one coming up. There are a couple fundraisers going on at facebook.com/westbocayouthbaseball/.

Maddaloni said the team’s offense throughout the postseason run has been powered by Mason McElhinney, Tanner Hinman, Connor Broadley and Connor McGivern. Combined, the foursome is hitting .395 with 45 hits and 47 RBIs in 13 games including 3 walk off, game winners.

“The team has been wearing down opposing pitchers seeing 4-plus pitches per at bat,” he said. “We have six players with an OBP .500 or better.

“The pitching has been incredible with a team ERA of under 3.00 spread across seven pitchers,” Maddaloni said. “Led by Hunter Revien who is 3-1 in five starts with a 2.62 ERA, and Michael Baamonde who has pitched 12.2 innings of relief with a cool 1.65 ERA.”

The 10U team from West Boca did not advance as the teams from Palm Beach Gardens and Okeeheelee battled it out in a double header in which Okeeheelee came out on top in the district final.